The Fan Dance is a gruelling 24km SAS Selection test march staged over Pen y Fan, the highest mountain in the Brecon Beacons. The infamous march is the world’s oldest Special Forces test and is used as the first major indicator of whether a candidate has the physical and mental aptitude to complete the legendary Selection course. The AEE Fan Dance Race Series event is the original version with a provable and undeniable heritage. Founded, organised and managed by veteran SAS &SBS soldiers, our ethos is of integrity and the unrelenting pursuit of excellence. As per the real Special Forces Selection course, the Fan Dance event will be staged in both summer and winter.

THE FAN DANCE-FIND YOUR REASON

The Fan Dance stands proudly alone from any other event and has grown into one of the most prestigious and beautiful endurance challenges in the UK, with a growing international audience. Staged across the spectacular scenery of the Brecon Beacons for over sixty years of SAS Selection, the Fan Dance remains a formidable challenge that demands an unwavering respect for tradition and authenticity from us as an organisation and all who take part. Our former Special Forces team are honoured to share a part of their own personal history with you and are actively involved in the event, creating an incredible atmosphere and a level of camaraderie that makes this event epic and unique. The team go beyond the call of duty to support you and are committed to make your Fan Dance an experience you will cherish and enjoy.

So why do the Fan Dance? Because you can! People from all walks of life, ages, sizes and abilities have picked up the gauntlet by entering. For many that was the hardest part, finding the courage to face the unknown in pursuit of something out of the ordinary. For most participants it becomes a life changing experience and the best event they ever been a part of. The lure of Pen y Fan is calling and 95% of those who line up at the old red phone box on race day make it to the finish line.

Starting at the iconic old red phone box the 24km race goes vertical from the off, with a demanding climb around Corn Du up to the summit RV (Checkpoint 1& 3) of Pen Y Fan, whose outline is said to be engraved onto the heart of every SAS man. After descending the south facing slope, the race passes through the aptly named Windy Gap junction onto the Roman Road, a rough dirt and stone track that ends at the edge of Taf Fechan forest. A narrow water crossing at the foot of a gully guards the way onto the narrow forest path, which leads to RV Two (half way check point), located at Torpentau, the highest point and last stop on Brecon Mountain Railway line, still serviced today by an old steam train. After a brief tea stop, Fan Dancers take the route in reverse, with the long and gruelling return leg back up the Roman Road before the battle for the Jacob’s Ladder, a brutally steep and unrelenting path back up to the summit of “the Fan,” which is by far the hardest and most dramatic part of the march. After logging in at the mountain RV (checkpoint) again, meaningful time gains can be clawed back by bombing downhill to the FRV (final checkpoint) at the old red phone box. At the finish line a warm hand shake from the DS and a coveted Fan Dance cloth finisher’s patch awaits.

The route is an absolute lung buster that throws everything at you and can also be a real battle against the elements. There are steady slopes that allow a solid jogging pace, shocking inclines that have you almost on your hands and knees, loose stone tracks that require cautious foot placements, stream crossings and a forested off-road vehicle track that allows for some rapid going. Even SAS & SBS candidates at the height of their physical abilities regard beating the clock in this military time trial as a serious challenge, and all know its capacity to hurt. Aside from the race aspect of this life changing event, just getting to the end is an accomplishment and something to be immensely proud of.

For further information on Fan Dance Race Series event categories, age fields, weight limits, timings, and the basic items you need to take part, the EVENT INFO page is your go to resource. Your Fan Dance adventure is supported by our Directing Staff team of former SAS & SBS who have put together a series of electronic information packs covering all matters Fan Dance; from rucksack packing techniques to nutrition and training. The DS also host Fan Dance familiarisation and training days out in the hills in the Brecon Beacons and across the UK. This website hosts a live chat facility to answer your technical enquiries and offer general advice, as well as a dedicated DS email address for less urgent matters.

The Fan Dance march is essentially a TAB (Tactical Advance to Battle). In the Special Forces context the exercise replicates advancing in small teams from the point of strategic insertion towards the theatre of operations while remaining undetected. By definition the main part of the mission commences once the TAB has been completed. The ability to TAB is essential to Special Forces soldiers and other elite military units such as the Parachute Regiment and Royal Marine Commandos who are required to cover large distances at speed over arduous terrain while being completely self-sustained (carrying extremely heavy loads made up of essential personal equipment, weaponry and ammunition supplies, radio communication devices, survival provisions and food and water). If an SAS Trooper or SBS Marine is unable through injury, poor personal administration or lack of fitness to be operationally effective and fulfil his role, he will become a liability and have put others’ lives in jeopardy. The ability to TAB, is therefore the bread and butter of the Special Forces soldier.

The nuts and bolts of the Fan Dance are so simple. Carry all you need over a certain distance. No man-made obstacles or tricks, just man against nature. But simple does not mean easy. Simple can also be primeval, brutal… all the mental & physical excess swept away by necessity. What is left? The stark beauty of such an experience has to be tasted first-hand.

IN THE PRESENT MOMENT

In our artificial world of mortgages, smart phones and the incessant chatter of the voice in the head, there is an urgent need to return to the simple raw intensity of man against nature: the human will pit against an unapologetic and silent adversary of rock and earth. Sweat prickling the forehead and soaking the back, straps digging into the shoulders and the primitive urge to suck in the next breath and keep going smother out everyday concerns. The glorious feeling of the body working to its maximum capacity washes over you, jockeying for position with dozens of other competitors makes your heart feel as though it is attacking the inside of the rib cage. Fully dilated pupils drink in the richness of the surroundings as you pound up the mountain, scalding heat bursts through the leg muscles and the hypnotic rhythm of gravel underfoot and urgent breathing echoes around you. This is what it means to be alive: the vital and overwhelming awareness of the present moment thrust onto you by straining lungs and aching limbs. This is what it means to do The Fan Dance.

A STORY IN PICTURES AND WORDS 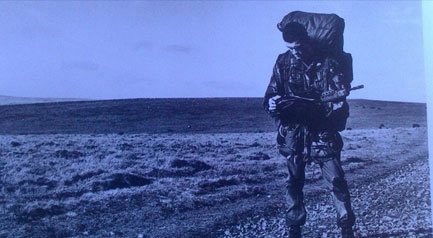 THE FAN DANCE: TAKEN FROM A JOURNAL OF SAS SELECTION

The blast of cold air on my naked torso had my teeth chattering by the time I had reached the washrooms. Incredulous, I stared into the mirror wondering what I was doing here and if any of what was happening was real at all. I ran the hot water and coughed up into the sink, spitting out a filthy mixture of brown dehydrated phlegm and blood. The man shaving in the sink next to me stared into the bowl and remarked ”That doesn’t look good.” 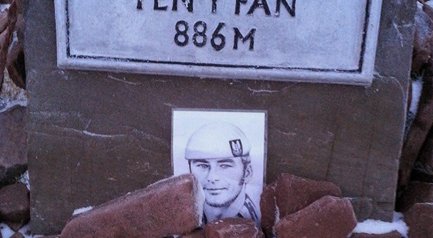 After Saturday, if it’s possible, the pride I have for my little brother and his achievements, has deepened still. Yes, I completed the Fan Dance, an achievement I am and will always be immensely proud of, but for my brother and other men like him, this isn’t a challenge, it’s a way of life, 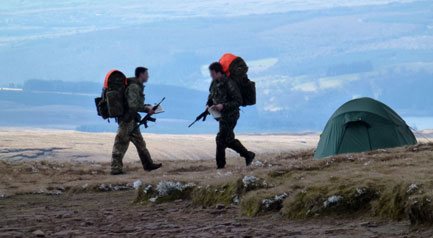 It felt like I was trying to go up an escalator the wrong way. Legs heavy, breath short and for the first time the wind and rain begin to strip me of my body heat. Needles of rain stung my exposed face like when my brother used to twirl a t-towel into a rat’s tail and flick me with it on the arse, but this time it was on the cheeks, but it hurt the same amount (an odd memory to conjure up at that moment in time)! Each step forward was followed by two steps sideways, which was a result of the Force 10 winds scything across the valley and up the mountainside 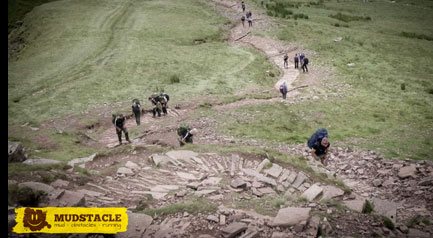 More than any other event I’ve signed up for, Fan Dance Race had a taste of authenticity throughout. It was run with military precision, which to the average civvy (like me) might have seemed a little excessive at times, but I welcomed it open armed, knowing that there was absolutely no room left for error. 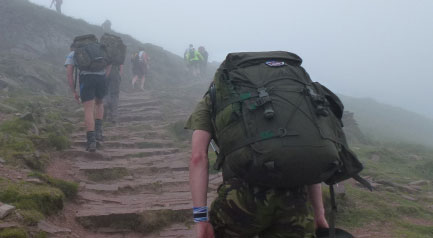 SUFFERING ON THE SUMMER FAN DANCE

Its a bloody hard slog, lungs bursting and heart pounding through your chest. Legs are screaming at you to stop. This is the hardest part, the physical is nearly over but the mental part is getting tougher. My all time fastest time is on the cards… 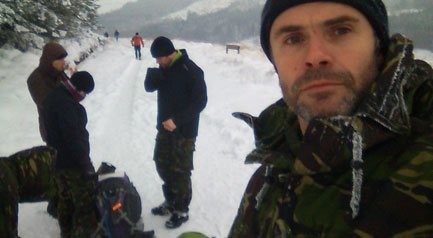 Perhaps in years to come and many years hence, those who know will talk about those few cold hours, that infamous race, the first of the series, the biting winds on those snowy slopes in the harsh January winter of 2013. I’ll be able to say, that among those lucky few, I was there. I danced. 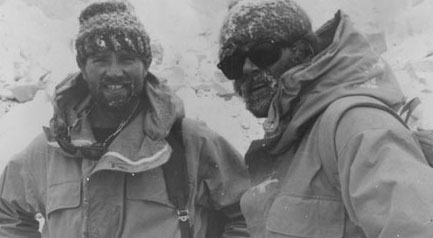 As someone once said, we can’t all be heroes someone has to cheer them from the side and Brummie Stokes once said “Everyone has their own personal Everest to conquer”. That feeling of “spirit” certainly helped me as we climbed and topped Pen y Fan. 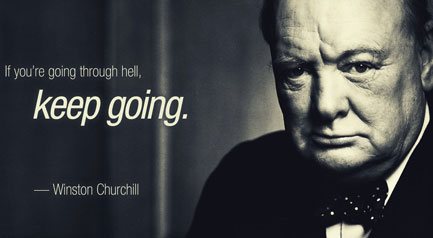 Sure, I have my very own personal reasons for doing this and I guess on some level that resonates with the guys, but it feels like you’ve been welcomed into the fold. From my own experiences of Hereford after Lloydy’s passing, it’s a special place to be, you feel looked after, and that’s no different when I turn up at an AEE event. 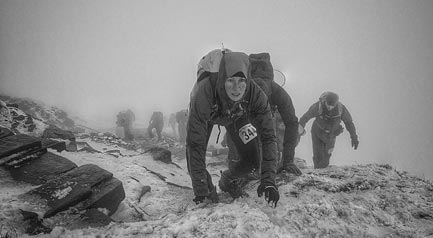 THE PATH YOU CHOOSE TO TREAD

The events ran by AEE are something I have never experienced before and will continue going back to keep experiencing. I aways learn something new about myself. The environment is one of professionalism, honesty, safety and you always come out different. The aim is always to finish but the learning, as always, is made upon the path that you choose to tread.

look no further, as you can tell by our name we are the most trusted name in diamond art.

despite their wonderfully natural look and the ability to colour and style them however you like, wigs can be significantly affected by weather conditions – rain or shine!