The SAS isn’t oldest regiment in the British army by a long way, but its Selection process has always been the one that offered the ultimate soldiering challenge… For over sixty years “Selection” has been a battle of survival, leaving only a few men standing at the end who have earned the right to wear the coveted sandy coloured beret and winged dagger cloth cap badge. The image carried by all who attempt, or witness Selection is this: one of broken bodies and broken dreams… Of men who are totally committed to prove that merely to finish is worthy of the honour, even if they fail while daring greatly. Recent images eerily reflect the old and despite an assault by modern technology SAS Selection has always fought back and refused to step into the modern world. Over the years the windswept slopes of the Brecon Beacons have been home to the Fan Dance and provided the canvas on which the regiment’s image has been created. AEE have witnessed every facet of this sometimes unforgiving but incredible march, and are honoured to explore its history, origins and early format that inspired the march as we know it today.

A HISTORY OF EXCELLENCE

The Fan Dance march has historically been an integral and legendary part of the British SAS Selection process and was first introduced as an essential test in the decade following the World War II. At over sixty years old the Fan Dance and its Woodhouse route predecessor is the world’s oldest and most famous Special Forces Selection test and the standard by which all others are set. Originally and still officially known as Exercise High Walk in its modern format, this test was designed by the Late Lt Col John Woodhouse, the architect and pioneer of the very first SAS Selection course. The rigorous systems he developed over three years provided the basis of selection and training of the modern SAS. The original Woodhouse route took on a different and somewhat more demanding shape in the early days of Selection. With three ascents of Pen y Fan, two of which via dramatic new approaches, in an era where the now well established man-made mountain footpaths were just muddy sheep trails, this formidable test represented the end of the journey for many a likely SAS candidate and was the penultimate test before the great pilgrimage that is the Long Drag. Now buried in the past, this great test of human endeavour has not been marched since the late 1970s and its route lost to all but those with a deep passion and curiosity for the history of SAS Selection. AEE are honoured to have brought life back to this monumental test, inspired by one of our great friends who marched this legendary route on his SAS Selection course in 1969. The Woodhouse edition will touch the heart of any of our Fan Dance faithful as we follow in the footsteps of a history of extraordinary men in search of something out of the ordinary. The Fan Dance Woodhouse Edition is open to veterans of our standard Fan Dance route only, in both Clean Fatigue & Load Bearing weight categories, with Main Field & Masters’ fields.

The Fan Dance Woodhouse Edition will follow the same category format as the standard Fan Dance. There will be Load Bearing and Clean Fatigue elements to the race in both a Main Field & Masters divisions for both male and female athletes. Categories will be recognised and further divided according to the following age ranges and weight requirements. 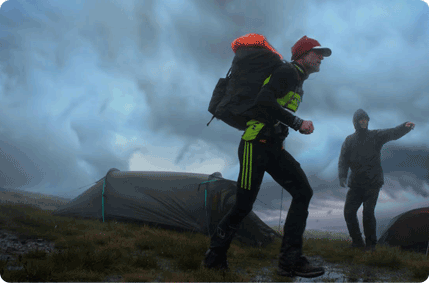 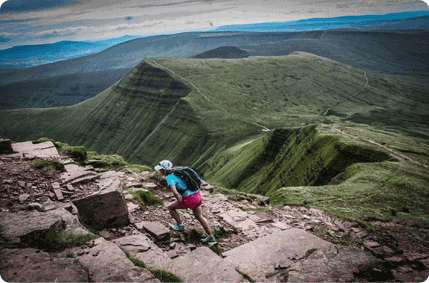 The Fan Dance Woodhouse Edition is a highly demanding non-navigational exercise covering 28km in distance and 1500 meters of elevation over three ascents of Pen y Fan and beyond. The fully way-marked route explores rarely trodden and imposing areas of the mountain that really bring the challenge to life, following a combination of established paths and two major intervening stretches of off-trail terrain featuring multiple water crossings, and a sequence of hazardous high ground segments. The Woodhouse route collides in part with the standard Fan Dance route so disciplined observation and adherence of direction arrows is required throughout the course. The route is further supported by strategic placement of our Mountain Safety Team and Directing Staff at all junctions and hazardous segments. The Woodhouse Edition follows the same RV protocol as the standard Fan Dance, requiring you to pass through a series of DS manned rendezvous points, with more rigid time cuts applied in line with the demanding nature of the test. The Woodhouse Edition introduces Fan Dance veterans to fresh RV locations and shares Pen y Fan summit RV with the standard Fan Dance, requiring three separate visits. You will be required to log in with the DS at each RV to have your name and race number recorded and your suitability to continue assessed. A Fan Dance Woodhouse Edition specific route map with easily identifiable key features and colour coded location segments will be issued along with a course Cue Card. Despite the demands of the Woodhouse Edition Fan Dance you’re in safe hands on the high hills with AEE. Our organisation has an unblemished safety record operating in the most extreme environments and adverse weather conditions in the UK and on a wider global level. In our arsenal we possess the UK’s first and only internal event mountain rescue team, providing an unrivalled experience in SAS Selection heartland.
REGISTER SUMMER
REGISTER WINTER 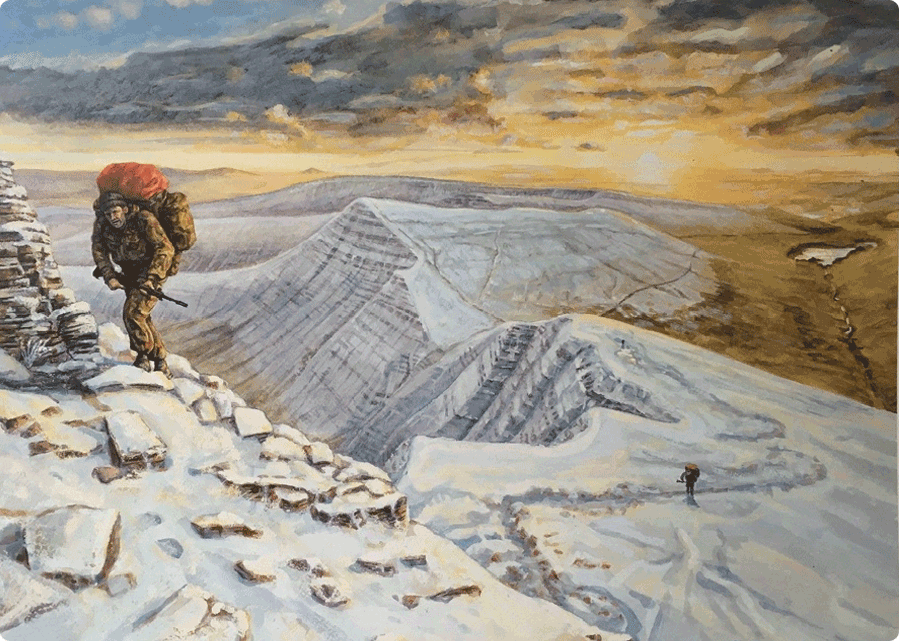