The Fan Dance has historically been an integral part of the British SAS Selection course which was first introduced as an essential test in the decade following the Second World War. At nearly sixty years old it is the world’s oldest and most famous Special Forces Selection test and the standard by which all others are set. Designed by the late Major John Woodhouse, the architect and pioneer of the first SAS Selection course, his original test is still in use today and has its own Fan Dance counterpart, recognised and utilised by the US (Delta) and Australian (SAS) Special Forces counterparts to the SAS for their own respective Selection courses. Originally known as Exercise High Walk, it today goes by the unofficial moniker The Fan Dance. 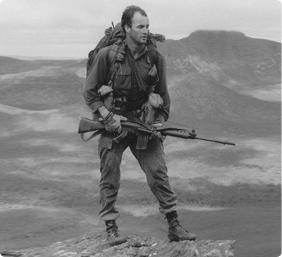 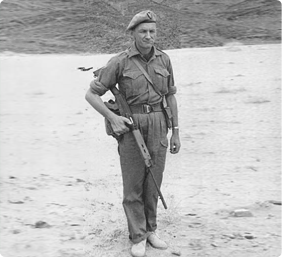 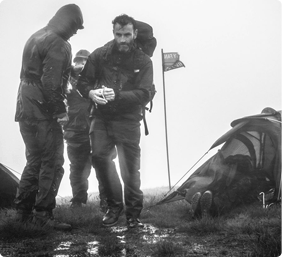 Exercise High Walk in its original SAS form took on a different and somewhat more demanding shape in the early days of Selection. With three ascents of Pen y Fan rather than two, in an era where the now well established man made mountain footpaths were just sheep trails, this formidable test represented the end of the journey for many a likely SAS candidate. The historical geographic constants that remain unchanged are that Exercise High Walk has always featured two legendary Brecon Beacon landmarks that have become synonymous with SAS Selection; the very British icon that is the old red phone box and the second, a steam train of the Brecon Mountain Railway. 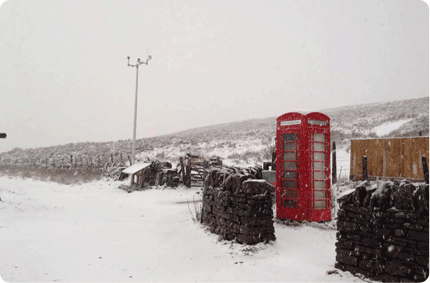 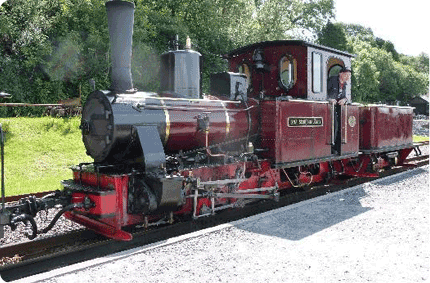 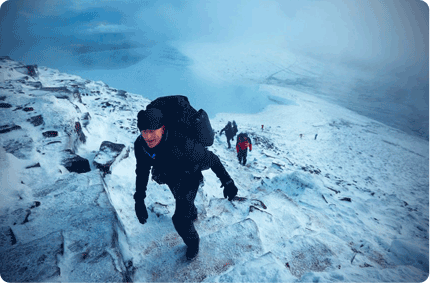 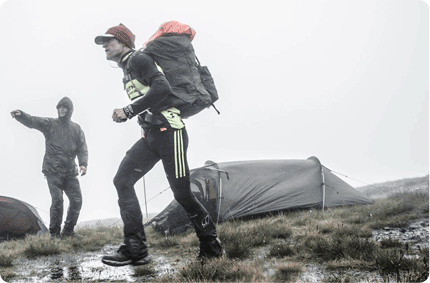 The Fan Dance Race Selection Series UK was originally established by AEE as a training exercise and test for clients wishing to gain entry into elite branches of the British military system, namely Paratroopers, Royal Marines Commandos and SAS & SBS reserve units. Extended to an annual Special Forces Friends and Family military fundraising event and tribute to lost friends, its evolution took a turn that caught the our DS team by surprise: the civilian world wanted to experience first-hand what it took to train, perform and be tested like an SAS candidate on Selection. Our inaugural public Fan Dance in winter 2013 broke endurance event boundaries and made history as the first time civilians had ever attempted a military grade Special Forces Selection exercise.

Our first edition was 2 years in the planning and in spite of having failed to launch three times prior, it was again nearly thwarted on the eve of race day as Britain experienced its worst snow storms in 75 years. The Met Office issued a Severe Red Weather Warning and the radio and TV stations urged the public to stay indoors. Road were near impassable and many areas in the UK were without power. Social media followers exclaimed that surely the race would be cancelled or postponed, but AEE responded with the rallying call that the Fan Dance would be called off when hell froze over. Bravado was all very well from the comfort of domestic bliss, but the bold claim was backed up by the fortitude and daring of the DS team’s contingency plan to overcome the snowed in narrow Welsh backroads. The plot involved an overnight 35 mile insertion on foot across the Cambrian Mountains in deep powder snow, carrying heavy stores in order to make that fateful RV at the iconic old red phone box in SAS Selection heartland which marks the Fan Dance Base Camp and Start line.

What took place on the slopes of the Brecon Beacons that day still sets the standard for all Fan Dance events that follow. Those brave 300 Fan Dancers set off from the old red phone box to face ferocious winds, white out conditions reducing visibility to a few meters, waist deep pockets of powder snow, treacherous ice fields, and sub-zero temperatures reaching -15C. Their success has since helped cement the Fan Dance as one of the world’s most prestigious and popular one day endurance challenges and the most realistic concession free Special Forces experience outside of any military system.

The AEE original Fan Dance UK takes place biannually with a summer and winter edition staged in January and July as per the real SAS & SBS Selection course.